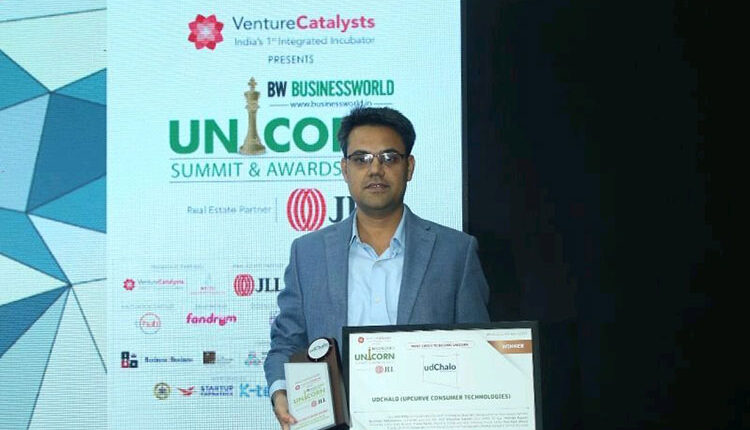 udChalo, a leading consumer-tech startup company that exclusively serves India’s defense forces and their dependents bagged the “Soonicorn” (Soon to be Unicorn) award at the BW Business World Unicorn Summit. udChalo’s innovative business idea, profitable business model and current profitability of the company proved to offer an edge over the other nominations. The award was handed over to Ravi Kumar- Founder & CEO of udChalo in the presence of Karnataka Chief Minister- Shri Basavaraj Bommai.

Ravi Kumar, CEO, udChalo said, “udChalo is a work of passion and respect that the entire team has for the armed forces. We are elated for being recognised for the efforts and the little contributions that we are able to make our solders. Since udChalo’s inception we believed in our dream and being conferred with the title of ‘Soon to be unicorn’ gives our confidence immense boost for the upcoming future of the organisation.”

udChalo currently caters to more than 2.8 million loyal customer base from the Indian armed forces and their dependants. Over a span of 10 years, the start-up has built a unique, convenient and effective platforms for soldiers to access cheapest consumer products and services.

The BW Unicorn Summit & Awards 2022 is a first of its kind global two day summit and awards event where various start- ups were awarded and recognised for their impact contribution to the start-up in India.

udChalo is a leading Consumer Technology Company catering to the armed forces and their dependents. With the vision of ‘Making life simple for soldiers’, udChalo offers Travel, Housing, Financial Services, Consumer Electronics, and Utility bill payment facility for its user base.

udChalo is a 10 year old company formed in Sep 2012, headed by the alumni of the Army Institute of Technology and Stanford Graduate School of Business (Seed). Today, through its website (www.udChalo.com) and its Super app and more than 70 outreach centres udChalo caters to more than 2.8 million serving Defence Personnel, defence veterans, and their families. The estimated CAGR is over 495% in the last 5 years.

It was one of the leading start-up honoured with the national start-up award 2021 in the travel category and ranked 7th at the Economic Times ET Rise awards among India’s Fastest Growing MSME 2021.

udChalo is registered under the Ministry of Corporate Affairs (MCA), Govt of India, and is an IATA-registered agency. It holds ERI License from the Department of Income Tax. udChalo has been a recipient of the CRISIL Rating of CCAS2.

SEASON 20 of NIEM’S Mr. & Ms. University and College Idol is all set to happen…

SEASON 20 of NIEM’S Mr. and Ms. University and College Idol is all set to…