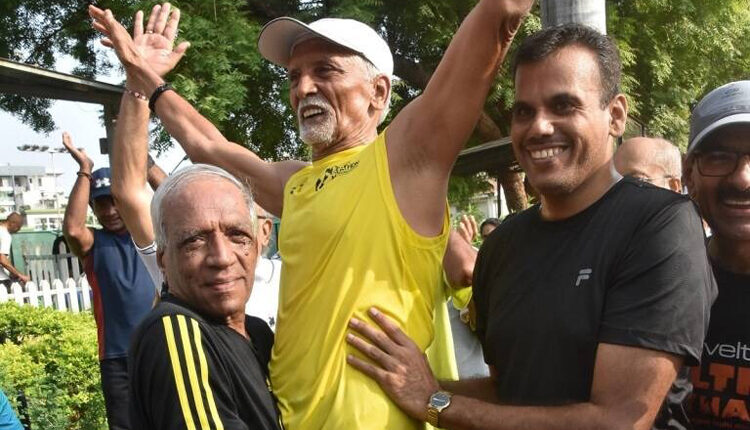 Amid loud cheers from friends, family, colleagues, and admirers, Jugal Rathi completed 75 rounds of the Deccan Gymkhana as he completed as many years on this planet and World Environment Day on June 5.

The tradition started 16 years ago. Rathi, a chartered accountant, and well-known activist realized that there can be more to birthdays than parties and cakes. A long-time member of the Deccan Gymkhana, he decided in 2007 that he will try to run as many rounds as the number of years he has completed, and one extra round to mark the beginning of the next year.

The sunny, bright day reflected in the optimism from conversations, laughter, and a sense of community all around. Due to Covid-19 restrictions, only 50 people were allowed at a time on the track this year. It did not deter friends and fellow athletes from lending their support and encouragement from the stands after the completion of every round. 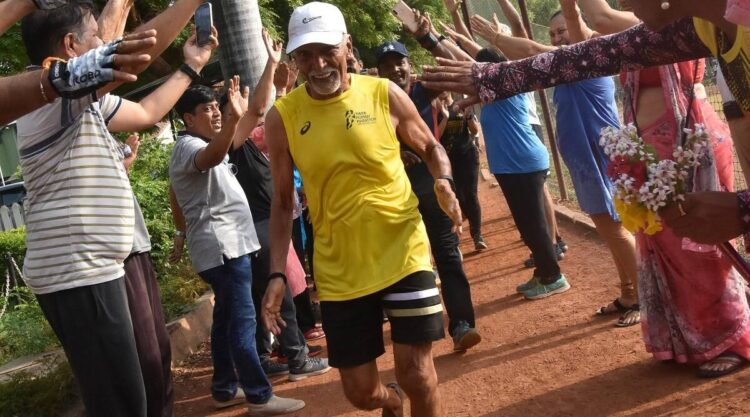 Rathi’s passions include spreading awareness about the environment through running, a part of his obsession for seeking an improvement in Pune’s public transport. One of Rathi’s biggest concerns has been the growing number of private vehicles in the city. To motivate people to use alternative means of transportation, he organized a virtual challenge where people could log the number of kilometers they ran, walked, used the bus, or cycled.

The challenge aimed to log a total of 7,500 kilometers before June 5 but managed to log more than 10,000 km after receiving overwhelming participation from the people. He has also been an important advocate for increasing the number of buses in Pune and has closely worked with the Pune Municipal Corporation. He has sold off his personal vehicle and prefers cycling or taking the bus instead.

And sure enough, Rathi’s ability to connect with people is unmissable. Not only did he interact with everyone on the track with him, but he also acknowledged everyone who came to support him talking and clicking pictures with them like old pals.