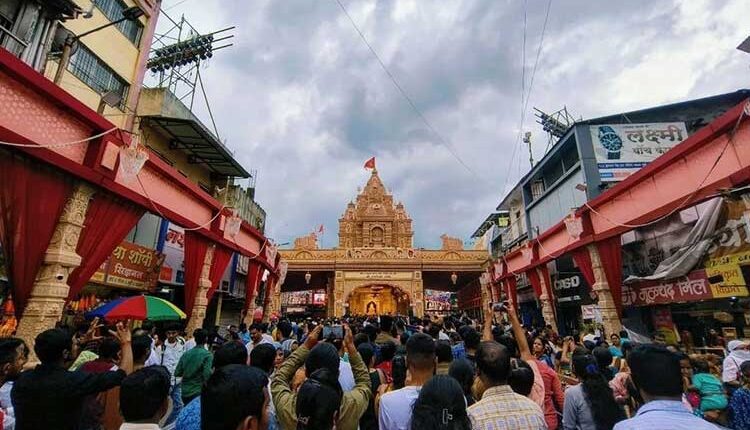 The roads in central areas (Peth) of Pune city were thronged by Ganesha devotees on Sunday due to the public weekly holiday and the fifth day of Ganesha immersion.

The steady beat of dhol-Tasha, organized by the mandals’ live performances on social and spiritual topics, and Ganesha devotees from outside the village added to the excitement of the festival. Since it was a public holiday, citizens started thronging the main city from 11 am. The mandals also continued playing music and organized various programs throughout the day. The fifth-day immersion procession of Lord Ganesha became a special attraction.

Ganeshotsav became more colorful with the setting sun. In the evening, all the mandals opened the dramas organized for the devotees.

While the feet of the youth were swaying to the rhythm of the steady music and the DJ, the scenes oozing with heroism attracted the attention of many. Chhatrapati Shivaji Road and Bajirao Peshwa Road saw heavy crowds. From those selling vada-pav on the roadsides to the shopkeepers selling idols of Ganpati, the festival took on the form of a fair.

To avoid traffic congestion, special parking was arranged at five places by the police. Due to this, traffic due to four-wheelers was reduced, but the two-wheelers made it difficult for pedestrians to walk. In many places, activists of mandals and drum teams were blocking the way for Ganesha devotees.

Despite the India-Pakistan cricket match and light rain, the enthusiasm of the devotees for Ganeshotsav remained unwavering.

Witness an amalgamation of cultures at Sweet Bengal

The Westin Pune Koregaon Park presents the future of Indian…